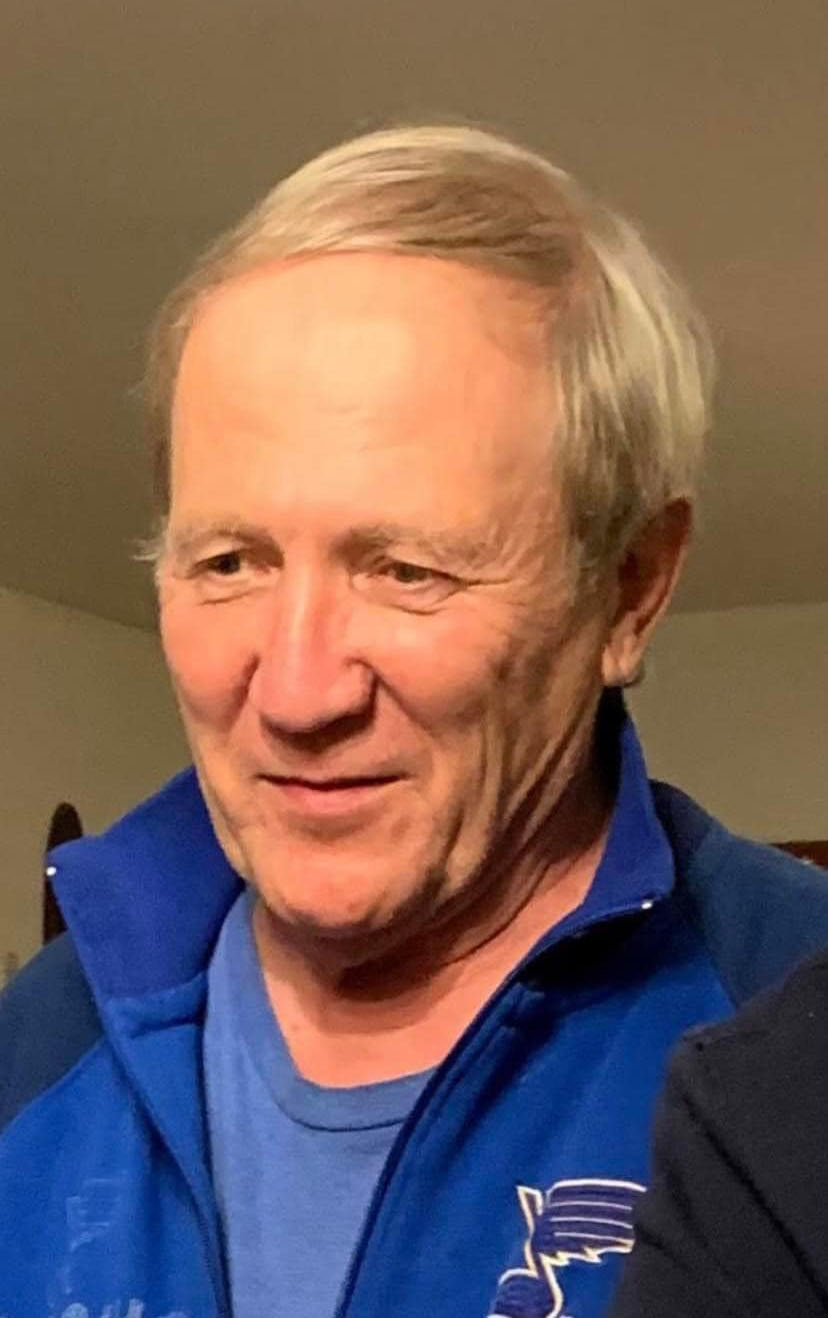 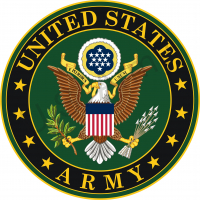 Kenny was employed with the United States Postal Service for 35 years and retired from the Union Post Office in 2016. He had a huge love of all animals and leaves behind three beloved cats. Kenny was a very generous man, a friend to everyone that he met, and will be dearly missed. He was preceded in death by his mother, Loretta Johnson; and one brother, David Johnson.

In lieu of flowers, memorials are preferred to the Franklin County Humane Society. The Heitmann Family is served by Oltmann Funeral Home in Union, MO. 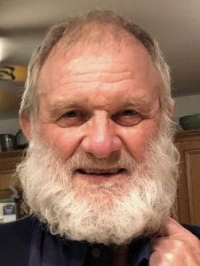 Dr. Ostmann (a.k.a. Wil, Doc, Junior or Stuckie) was born on Mother’s Day, May 13, 1945, in St. Charles to Lucille (Mintner) and Wilfred Henry Ostmann. He grew up on the family farm in Marthasville, and was graduated from Wright City High School in 1963. He earned his Doctor of Veterinary Medicine degree at the University of Missouri-Columbia in 1969. He served as a Captain in the U.S. Army for two years during the Vietnam War, based primarily in Bangkok, Thailand. After returning to the United States, he became a partner in the Union Veterinary Clinic, and later became the sole owner. He sold his small-animal practice and retired in 2001. He was a Lutheran.

Dr. Ostmann was united in marriage to Barbara Ann Gibbs in 1976. The couple made their home in Franklin County. He enjoyed hunting, fishing and gardening, as well as foraging for wild foods in season, especially morels. A spring meal of freshly caught crappie or trout, asparagus from the garden, and morels from the woods was one of his favorite seasonal menus. In the winter, he liked to crack and shell pecans and hickory nuts. He was known for his fish fries and also for his oatmeal-pecan-cranberry cookies, as well as for giving away vast quantities of produce from his garden.

Working with Quail Forever and the Missouri Department of Conservation, Dr. Ostmann became a dedicated proponent of native plants, habitat restoration and pollinator patches. He was justifiably proud when, after several years of timber stand improvement, prescribed burns and wildflower planting, his farm was named a Quail Habitat Management Area. He loved hearing quail call “bobwhite, bobwhite” when he stepped out the door.

He was a tournament archer, and won a gold medal in the Barebow Recurve category of the 2009 IFAA World Bowhunter Championships in Yankton, S.D., a gold in the 2007 National Senior Olympics in Louisville, Ky., and multiple state and regional competitions.

He was preceded in death by his parents; four siblings, Richard (Dickie) Ostmann, Michael Ostmann, Darlene Harris and Sharon Krause; and one niece, Michelle Ostmann.

A memorial service and celebration of life will be held Wednesday, December 8, from 2 to 5 p.m. at the American Legion (lower level) in Union, with Pastor Bryan Brand officiating. His cremains will be interred at Jefferson Barracks National Cemetery and at his wife’s family plot in Alpena, Arkansas, as well as sprinkled over the farm he so loved. 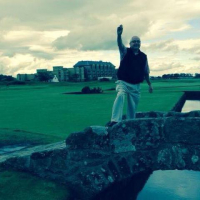 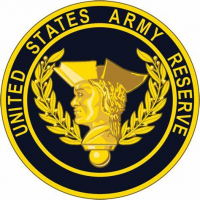 The Devine Family is served by Oltmann Funeral Home in Union, MO.

John Henry Kriete, 72, Villa Ridge, passed away Wednesday, July 28, 2021, at Mercy Hospital St. Louis, Creve Coeur. On Jan. 10, 1949, John was born to the union of Ralph Kriete and Ruth (Wilson) in Washington. He was a member of the V.F.W. in St. Clair and the American Legion, also in St. Clair. John worked as an electrician until his retirement and was a proud member of IBEW Local 1. John is survived by his wife, Kay Kriete, Washington; two daughters, Chantel Hawkins and husband Tim, Iowa, and Chavalla "Cookie" Matau and husband Shannon, Union; two stepsons, Tim Barnhart and Kenneth Barnhart, both of Washington; stepdaughter, Amy Kopp and husband Joe, Washington; sister, Judy Mays, Washington; mother-in-law, Bobbie Beuke, Washington; aunt, Betty Dobsch, Washington; nephew, Dan Mays, Texas; eight grandchildren, Mackenzie, Sebastian, Kai, Adam, Tyler, Stanley, Jamie and Kenzlie; one great-granddaughter, Hazel; many cousins; other relatives and many friends. He was preceded in death by his parents, Ralph Kriete and Ruth Wilson, and his half brother, Steven Baur. In lieu of flowers, donations are preferred to V.F.W. Post 2482, St. Clair, for the John Kriete Memorial Building Fund. A memorial will be held Saturday, Aug. 14, at 4 p.m. at the V.F.W. in St. Clair. Arrangements are under the care of Midlawn Funeral Home, Union. 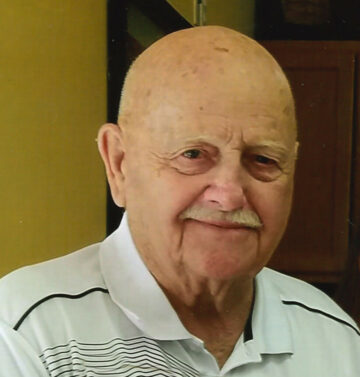 Charles graduated from Beaumont High School in 1947 and soon after enlisted in the U.S. Navy, serving as a Sonarman aboard the USS Henry W. Tucker during the Korean War. He was a 45-year member of IBEW Local 1 and was an electrician until his retirement. During his adult life, he enjoyed fishing, hunting, golf, was an avid reader, enjoyed art and culture in many forms, travel and even shared in a bit of quilting with his wife. He took great joy in watching his children, grandchildren and great-grandchildren participate in athletic events, music and artistic events, school plays and programs, graduations and award ceremonies – what ever their interests were. Charles was an active participant in his children’s lives including coaching youth sports teams and being a den leader in the Scouts. He taught Sunday School and enjoyed studying the Bible; he was very community-minded and was a long-time member of Post 297 of the American Legion in Union, Missouri, where he served as a past Post Commander. He was a man of many and varied interests, a dedicated and true family man, a man with a quick and snappy sense of humor, and over his life, he was the happiest in the presence of his family, being on the water, or with his old hunting dog, Pete. He will be deeply missed by many.

The family of Charles and Barbara Rogers wish to extend their heartfelt gratitude and appreciation to the exceptional administrators and staff of Park Place Senior Living Community for their dedication, loving care, and family support.

A Celebration of Life for both Charles and his beloved Barbara will take place in the Fall, and details will be announced.

More information is available at https://www.baue.com/obit/charles-morrison-rogers/